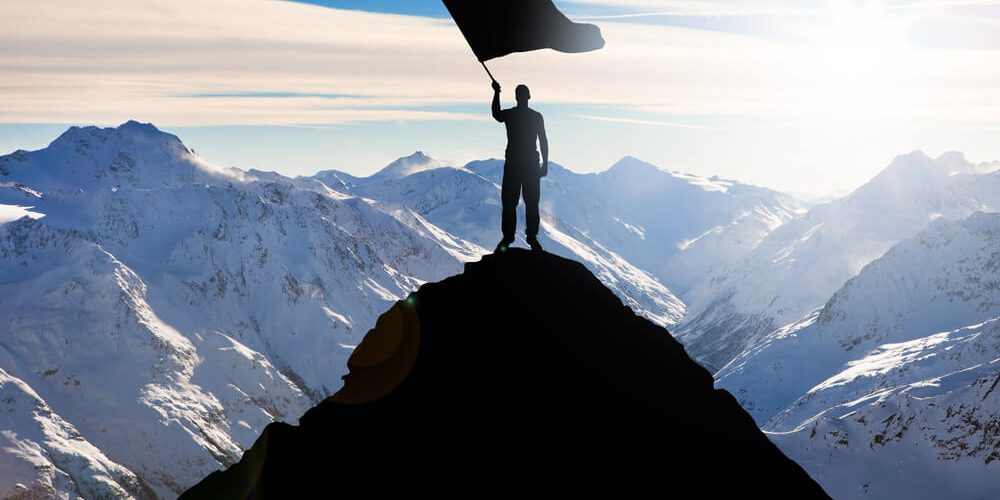 A flag chart pattern takes shape when the market follows consistent price action then breaks out in a massive uptrend or downtrend.

But the focus is on what’s happening before the wedges and the breakout.

Usually, the asset in the market has been trying to break through price resistance for some time.

This represents the “flag pole” as seen below. 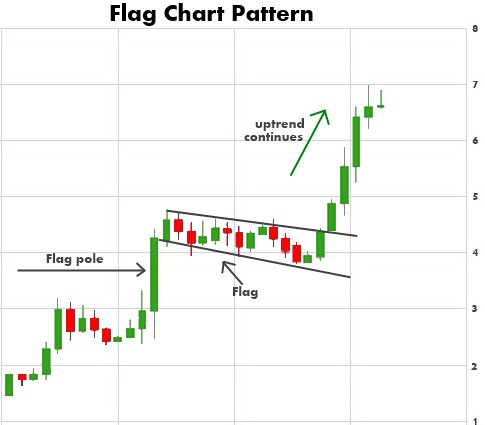 What Does This Mean For You?

When the price keeps moving slightly up and down, it creates a level of support or resistance.

Once the prices break that level of support or resistance, then the price typically breaks out in an uptrend or downtrend.

If you time your trade right, you’ll be able to profit from the new trend after the price breaks through either its resistance or support levels.

This means you want to have your trading strategies set up with good entry and exit points so you can take advantage of the breakout trend.

How To Trade Flag Patterns

According to the technical analysts, you should look for the initial uptrend or flag pole that’s been trying to break the resistance. Then look out for consistent price action to confirm the flag pattern.

The analysts also refer to this as Fibonacci retracement to confirm the shape of the flag based on volume and price correction.

The flag pattern is based on technical analysis and is not necessarily an accurate predictor of price.

So it makes confirming your entry point more difficult. You will have to rely on your best judgment after such technical analysis.

But our team at Big Energy Profits is ready to do that work for you. Click here to watch our free training and learn more.