How to Trick Your Brain Into Beating Procrastination 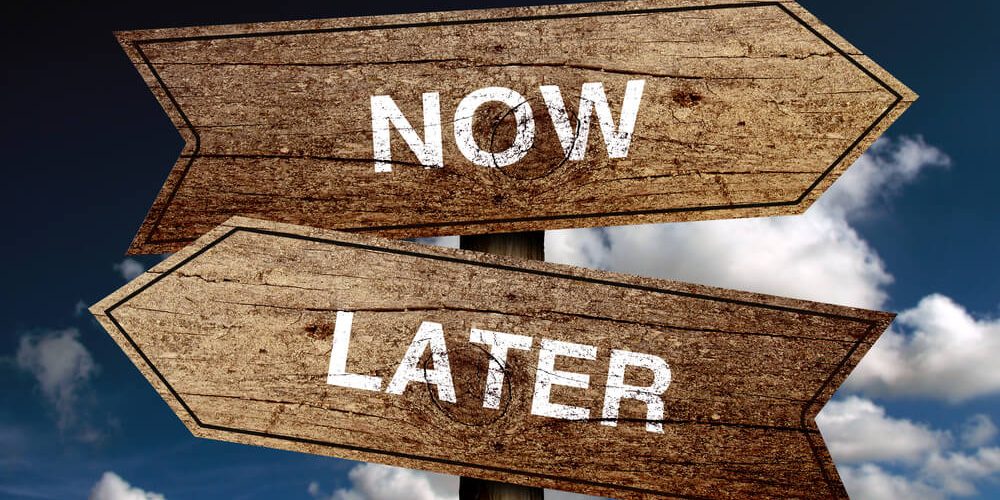 Let me ask: are you putting off something important right now?

There’s a good chance you are — but you’re not alone.

I recently read about a study where nearly 95% of people surveyed admitted to putting off work.

Procrastination is such a sinister and pervasive monster. It kills dreams and goals before they get off the ground.

It comes in many forms, too.

Some people procrastinate by doing all sorts of “busywork” like random chores or checking emails when they should be working.

But then find a bunch of little reasons not to do it — like having a headache or being too tired to focus.

No matter what it is, people seem to find a way around doing the hard, important work that brings results.

And you can’t even blame ‘em.

I mean, our brains are wired perfectly to procrastinate.

I’m no psychologist, but think about it: we’re programmed to seek pleasure and reward now, not later.

That means we’re more likely to do work that brings an immediate win.

Back in the caveman days, it’s how we survived. Life was hard, and resources were scarce. If we could obtain what we needed faster and with less energy, we did it that way.

So our old caveman brains are working against us here. But you can shift the odds in your favor in a few ways that I’ve outlined below.

Commit to It By Telling Others

People hate looking like fools and liars. After all, we’re wired to avoid embarrassment and shame, just like we’re programmed to procrastinate.

So if you tell someone you’ll do something, you just might force yourself to do it out of fear of looking foolish.

Be careful here, though. Some people tell others about all the great things they’ll do, all the money they’ll make…

Then they do nothing.

Doing this can cause those feel-good chemicals in your brain to go off without you actually doing anything.

To get around this, tell someone who will actually hold you accountable. But it has to be someone you respect. Few things feel worse than disappointing someone you look up to.

Break the Big Goals Into Smaller Ones

So your brain seeks short-term pleasures. Well, why not break that long-term reward into smaller wins that you can experience today or tomorrow?

For example, say you had a physical business, and your goal was to start a website. There’s so much that goes into launching a website that many never get around to it.

Make it easier on yourself by breaking that into tiny tasks. Maybe your first one is simply brainstorming a domain name. Not even buying the domain, but brainstorming a few names and checking to see if they’re available.

Then, your next one would be buying the domain name, and so on.

Think Hard About the Drawbacks of Not Taking Action

Negativity bias — our tendency to focus on the bad more than the good — is well-documented.

It makes sense, too. Ancient humans who were prone to spotting danger were more likely to survive.

You can use this to your advantage by sitting down and thinking hard about the bad things that’ll happen if you don’t act.

For example, say you have a big presentation for work at the end of the week. You have all week to do it — and it’ll take you several days — but you’re putting it off for other work tasks that aren’t quite so daunting.

Now, imagine how you’ll feel Thursday, with one day left to do the presentation. You’ll be scrambling all day — and probably into the night — pulling your hair out, praying the computer doesn’t crash…

But if you start now, none of that will be a worry. If you take things a little bit at a time throughout the week, you’ll cruise into the presentation ready to go.

I think these three tips alone will do plenty to help you deal with procrastination.

You may still struggle on occasion — once again, we’re designed to procrastinate — but I think by doing the above, you can use your brain’s tendencies against itself for the better.

Now, if you’re ready to stop procrastinating and start earning some cash trading…

The great thing about this system is it doesn’t take too much thinking. Less hard thinking makes it harder for you to procrastinate.