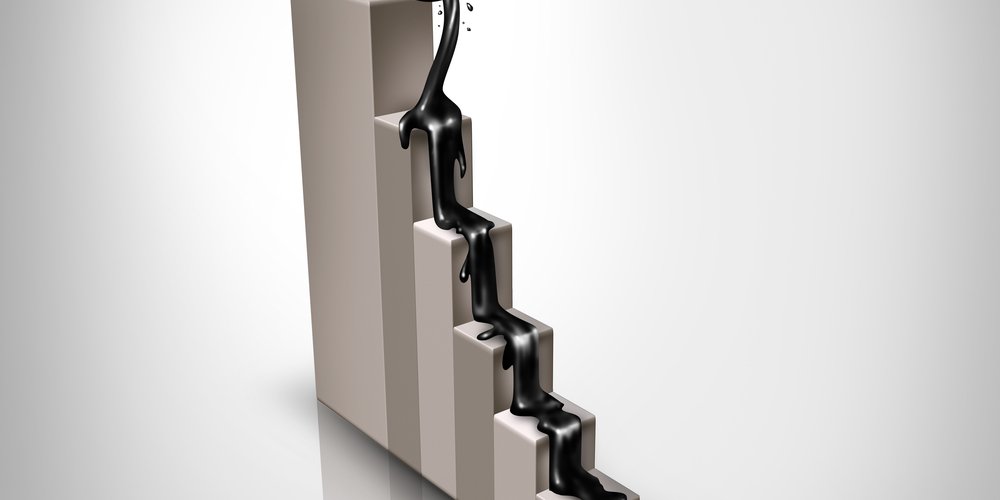 Over the past few weeks, I’ve developed a bit of a theme here of attempting to explain moves that seem counterintuitive in the face of news.

From a company’s earnings, oil-specific news, or other, more generalized economic data, there have been plenty of confusing developments of late.

I will continue with that theme today because I’m sure that, to a lot of people, Friday morning’s price action in crude following a big miss on the U.S. jobs report makes no sense.

(In case you don’t know what I’m talking about: crude oil traded higher for the week but still below its earlier highs as bullish oil traders slowed down upon release of some mixed inventory reports.)

And a big miss it certainly was.

If you don’t know what I’m talking about, the U.S. economy created only 266k new jobs last month, woefully short of the 1 million expected by economists.

In addition, last month’s number was revised lower, so this was pretty bad all around.

As for oil prices: After the release of the inventory reports on Tuesday and Wednesday, price dropped initially but quickly recovered, then bounced around a bit within a range to establish a support level before heading higher.

If you look at the numbers then at that chart and your head starts to spin, you’re falling victim to a simple problem: you are looking at things in a traditional way.

You are not accounting for the topsy-turvy, rollercoaster nature of markets these days.

You have to consider the current bizarro world in which we live, where bad news is good and good news is bad.

So what exactly is going on?

Why could good news of a strong economy on the horizon be bad for prices?

Current economic conditions matter to some extent, sure. Usually, if people want more oil, or if there’s less of it to go around, it goes up in price. Supply and demand, right?

But pricing responds more to expectations for future conditions and money supply and demand than any supply/demand change for goods and services.

Therefore, good economic news and data that could mean the end of the dual stimuli is bad, while bad news — the type that will prolong the handouts (the stimulus bills) — is good.

Monetary stimulus comes from the Fed in the form of ultra-low interest rates and asset purchases that basically amounts to QE (quantitative easing, where the Fed buys long-term securities from the open market to inject money into the economy), even if that term has fallen out of favor.

Whatever you want to call it, the fact is that the Fed is still creating over a hundred billion dollars each month and handing it to banks and financial institutions.

That may not have had a big impact on core inflation (the Fed’s preferred metric) so far, but all of that cash sloshing around and seeking a return does keep commodity prices high, including oil.

However, those high prices can only be maintained if demand in the economy is increasing, or if people at least expect it to increase…

And that is where fiscal stimulus comes in.

Fiscal stimulus is simply the money the government approves to send out to people.

You know, the few thousand dollar checks that have gone out a few times already.

The theory behind these, obviously, is it helps people stay afloat and gets people to spend and invest money — which should theoretically lead to business recovery/growth and subsequently lower unemployment.

We have had a few rounds of stimulus already, with a fourth that could potentially come through. The poor job numbers mentioned earlier make the main argument against that third, massive round of stimulus almost moot.

I mean, how can you argue that more help isn’t needed after such a weak job number? Shouldn’t we be getting more money into people’s hands so it starts flowing through the economy?

Actually, in the real world of uneven data, you can argue against stimulus quite easily…

But we are dealing with politics here, not reality.

If all this makes you think that this is an unsustainable bubble, with asset prices manipulated higher by distortions from both the Fed and Congress, you may be right.

But from a trading and investing perspective, that is irrelevant.

What matters right now is that these data make it far more likely that the Fed will continue on its current path and that a big stimulus bill will make it through Congress — and that is what traders were reacting to on Friday.

In general, the one thing that both traders and investors should keep in mind when a market reaction to news or data looks illogical is that it seldom is. There is always a reason if you dig.

You will almost always find a reason, and understanding it will help you better navigate markets once the dust has settled.

One last thing: if you’d like help understanding what’s going on in the markets and profiting off it, I urge you to check out my Big Energy Profits service.

Inside the member’s area, I’m constantly issuing daily and weekly ideas for quick profit potential, and we’ve got a few long-term, big-money opportunities going as well — the latter of which is where I personally make most of my money.

So with that said…

>>>Click here to learn more about my trading system and BEP.