How Do You Know When You’ve “Made It”? 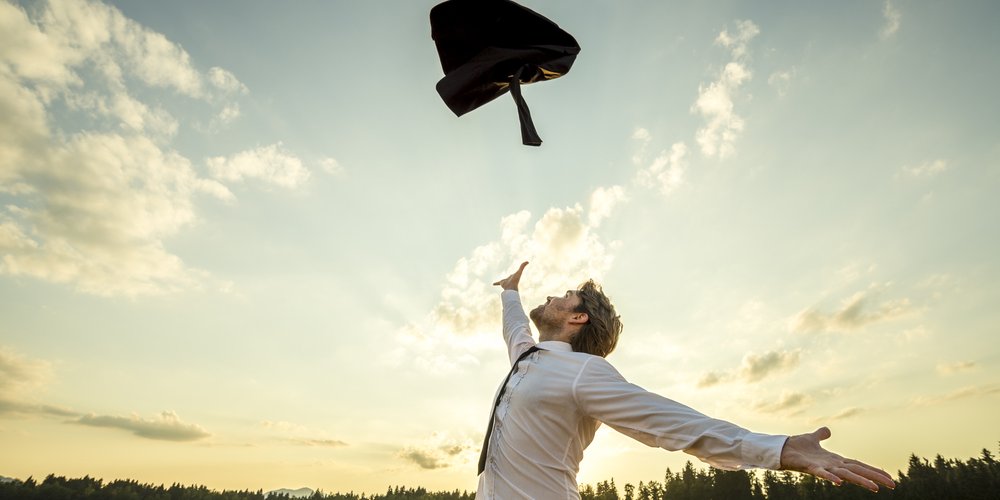 Everyone’s got goals for what they consider “making it.”

Some people establish income levels or net worth numbers to hit.

Others might decide that they “made it” once they have a big house and a Porsche out front.

… While some will think they’ve made it once they become XYZ high-level position in a company.

I can understand those sentiments completely.

I was there once — and now, I’ve “made it” by many people’s definitions.

Really more than I ever thought possible.

And it felt fantastic to get there after growing up in financial turmoil and living through years of constant money stress.

As soon as I saw I was earning many times what my parents would have dreamed of, though, that excitement of smashing through another number faded away.

I know other people are the same way.

They finally see the fruits of their labors, but numbers on a screen representing their bank account no longer give them that drive.

At that point, having that money just becomes your normal life.

You’re still you, but your bank account balance has a couple of extra zeros on it.

It’s at this point that some wealthy people realize:

“Making it” is about passion and choice.

You know you’ve made it when you can wake up every day and do what you love.

Hey, that can mean work, too. You might put in a ton of hours every week on something you’re passionate about.

The thing is, you’re choosing to do that work. It’s something you want to do. You can walk away from it at any time — but you don’t want to walk away.

For example, say you’re into programming.

As in, you love programming.

Even if you have the means to do whatever you want, you might still build apps or games or other programs in your spare time.

Sure, you could monetize whatever you build. But you’re doing this because you enjoy it. Not because you need the money.

On the contrary, there are plenty of people who make great money but do work they dislike… or, dare I say, hate.

Sure, they can walk away from that job. But then they have to find another means of survival!

I prefer to spend my days golfing, traveling, trying new restaurants, and spending time with my wife.

And I can do all those things basically whenever I want, now that I’ve spent the better part of a decade working my ass off.

Hell, you could earn under six figures and “make it” depending on your desired lifestyle.

In short: as long as you can wake up every day and choose what you want to, you’ve made it, in my opinion.

Oh, and I can’t forget to mention another way to know I’ve made it:

I can help other people from all over the world improve their lives financially and even mentally.

My trading services help people make money, and (hopefully) my content resonates with people and helps them get in the right mindset.

Guess what? That’s something I’m passionate about. I love to help people succeed. Who doesn’t?

Speaking of that, I’d love to help you make some money trading and put you on that path towards “making it.”

>>>Click here to learn how I can help you with your trading.