How High Can Oil Go? 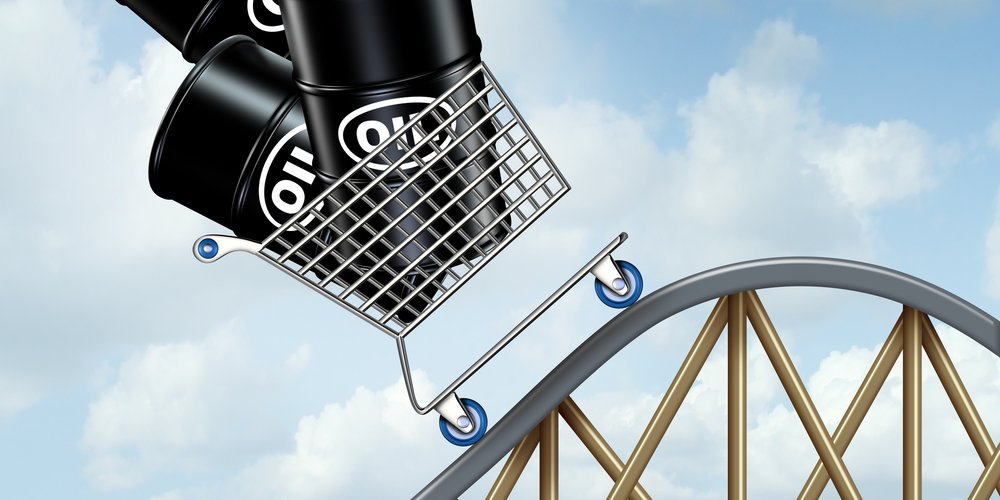 As someone who writes publicly about trading and investing — and who is known to have a particular interest in the energy sector — people have contacted me quite a bit recently about the energy market.

They all ask the same question or some variant of it…

How high can oil go?

I presume the approach towards, and now the breach of, the psychologically important $70 level for WTI prompted these questions.

The very fact people are asking them implies a degree of nervousness amongst traders and investors.

I understand the uncertainty.

After all, any investor with a realistic assessment of the current situation knows the move away from oil and other fossil fuels is underway and accelerating.

How could that be good news for investors and traders in these sectors?

Yet here we are, at multi-year highs.

That’s because the trend away from oil/fossil fuels has little to no bearing on spot or front-end futures market prices.

These markets are concerned with current supply and demand and with expectations for those fundamental influences over the next few weeks or a couple of months at most.

Currently, plenty is happening on both sides of the supply/demand equation to help prices.

The elephant in the room is the improving COVID situation. Goldman Sachs thinks Brent could reach $80/barrel thanks to continued vaccination rollout, which helps to spur reopening and, subsequently, global economic activity.

Additionally, fears of Iranian oil are easing after Secretary of State Anthony Blinken said that hundreds of sanctions on Iran would remain, even if a nuclear deal was reached. Less chance of Iranian oil = less chance of supply increase = higher prices.

On that basis, here’s my answer to the question of “how much higher can oil go?”:

Back to the massive shock to the oil markets that came in April of last year — prices on expiring futures contracts actually turned negative.

I can’t say that I saw that coming, but, with hindsight, it was only logical.

Crude’s principal source of demand is gasoline. Most of the world stopped driving and therefore stopped consuming gasoline almost overnight.

Producers don’t and can’t react instantly, though. They are, after all, run by people. They were still churning out crude, and a classic, sudden glut was the result.

Storage was hard to come by — given the lack of people buying gasoline (along with other factors, of course) — that paying someone to take oil off your hands made sense.

Otherwise, companies might’ve had to invest tons of money into more storage for crude they wouldn’t be able to sell. Not exactly a recipe for profitability.

U.S. output fell off a cliff, as you might expect after an event like that. The magic of the market.

Negative pricing is obviously a freak, temporary thing, but the psychological impact has lasted much longer than the economic one. The world has mostly reopened, and people in most places have returned to driving, albeit at a reduced rate.

However, crude output has been slower to recover.

Yes, the Energy Information Administration (EIA) reported a much larger gasoline inventory build than expected. Yet, over a few days, prices recovered.

Many traders agreed the timing of inventory transfer to retailers was the reason behind higher-than-expected inventory reports, rather than weak consumption for the summer driving season.

Given a bit more time, and those inventory reports may have been lower, as much of those inventories would’ve made it to the consumer.

Crude output’s slow recovery, along with OPEC+’s continued output restrictions, has created a supply/demand imbalance in the opposite direction of that seen last year, with demand recovering a lot faster than supply.

There is no real indication this is about to change. Some aspects of fuel demand are still a long way from pre-COVID levels — most notably jet fuel — but a “once bitten, twice shy” feeling among producers and a White House that tends more towards conservation than expansion in oil is causing a patchy, delayed response in terms of production.

Until something changes, the crude market will stay tight and may even tighten further. You don’t need a Harvard economics degree to know that means higher prices, no matter the commodity’s long-term outlook.

Given current vaccination rates, the long-term threat to oil demand, and free-market producers’ reluctance to restore CAPEX to pre-covid levels, the OPEC+ agreement is the most likely thing in this equation to change.

Agreements within OPEC are always fragile. When you throw in outsiders such as Russia, geopolitical differences behind that fragility are even more noticeable.

It’s remarkable the agreement has lasted as long as it has, but there is always the potential for future disagreements. That, therefore, is where investors should focus when looking for clues about crude’s long-term trajectory.

Absent any collapse there or some unseen catastrophic shock to the economy though, a continued upward trend in crude looks almost inevitable for a while. The last time crude was above $75, back in 2018, US output was right around where it is now.

So if demand continues to increase as expected, we should move through that level quite easily, with a move on up to $100/barrel in sight if supply restrictions remain.

Crude’s nature as a commodity means there will inevitably be volatility within that move. However, all of this suggests that keeping a long bias for crude and staying invested in energy stocks despite their outperformance over the last year makes perfect sense, no matter how nervous $70 might make you.

I can help you even more beyond this article.